After my failure to secure the Giant Kong, I learned that it had been placed on a tramp steamer bound for a mysterious island in the South Pacific. I quickly booked my own passage on another vessel that was following the same path, only to find myself confronting my greatest challenge yet on a desolate jungle island far, far away.

Unable to find a reputable scientific or research ship, I was forced to sign on as a crew member aboard the dilapidated S.S. Venture, a barely-seaworthy tub populated by overdressed sailors oddly prone to hysterics. 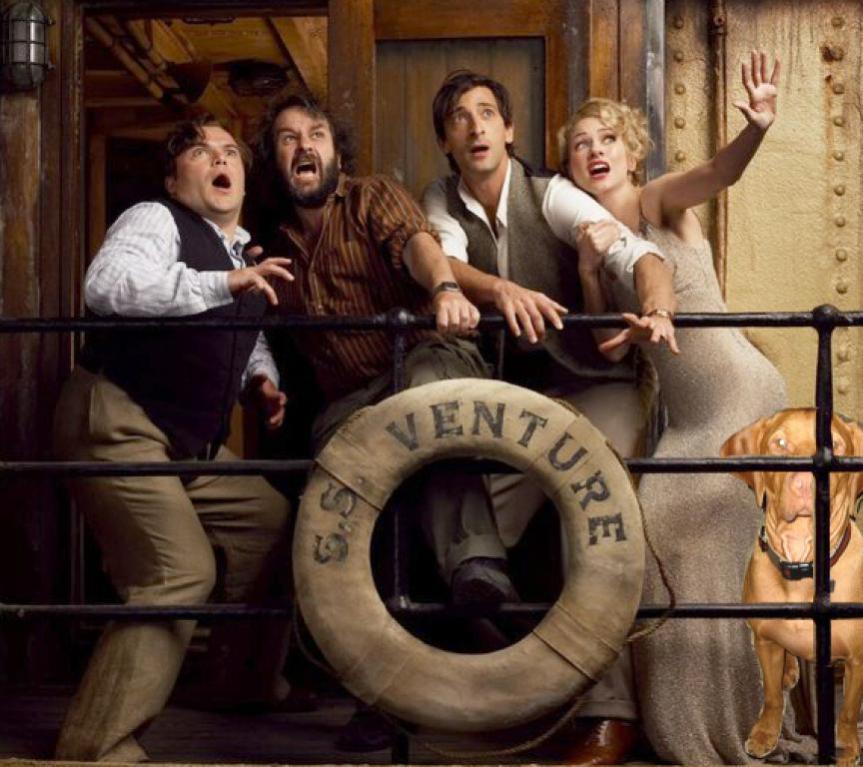 In my job as mascot, I tried to keep them calm by letting them scratch my head and feed me liverwurst treats, but sadly I proved to be no match for their incompetence and we eventually ran aground on the jagged shoals surrounding the legendary Skull Island. I alone managed to dog-paddle to shore, where I found myself in a vast, fetid jungle populated by the strangest, largest beasts I have ever seen. These monsters had already discovered the Giant Kong, which had been left here earlier by the tramp steamer I had been hoping to catch while still at sea.

I managed to get the Giant Kong away from the iguana-like creature by throwing my voice into the brush and making cricket-style noises, but before I could get the treasure off the island, I was caught on the volcanic plain by two monsters of unimaginable ferocity, each of which wanted what I carried. 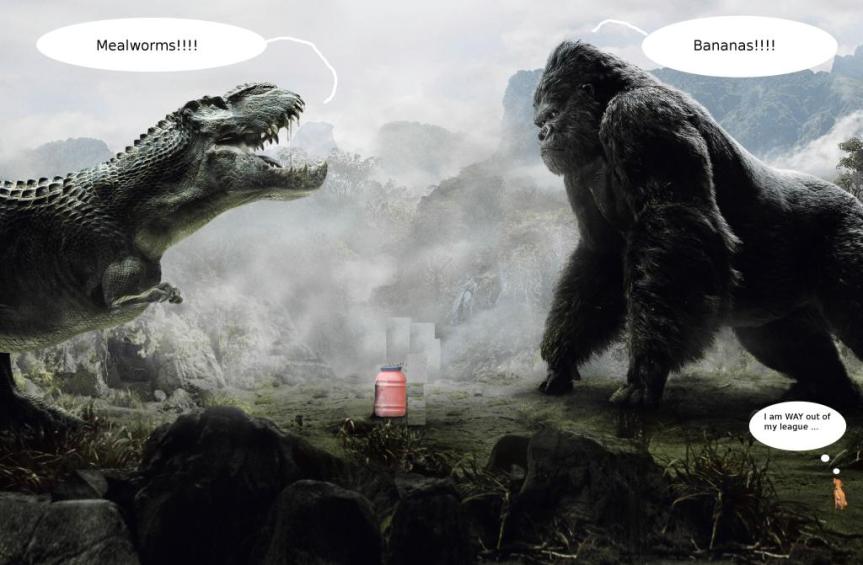 In the ensuing melee, I narrowly avoided being crushed, disemboweled, stepped on, and swallowed whole. When it was over, only one beast remained standing. 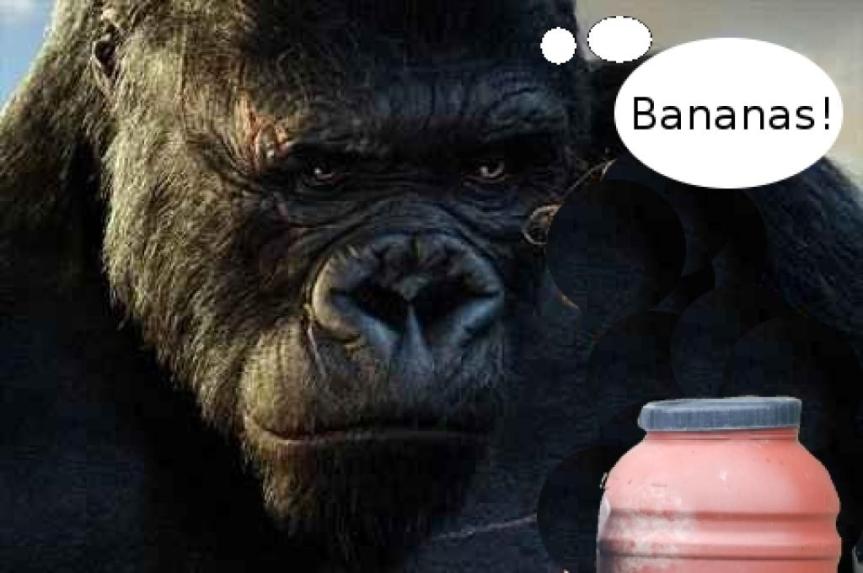 Seeing some flicker of intelligence in the eyes of the great ape, I came out of my hiding place and attempted to reason with it, only to discover that in addition to its great love for bananas, the monster also had a fondness for small, furry pets. 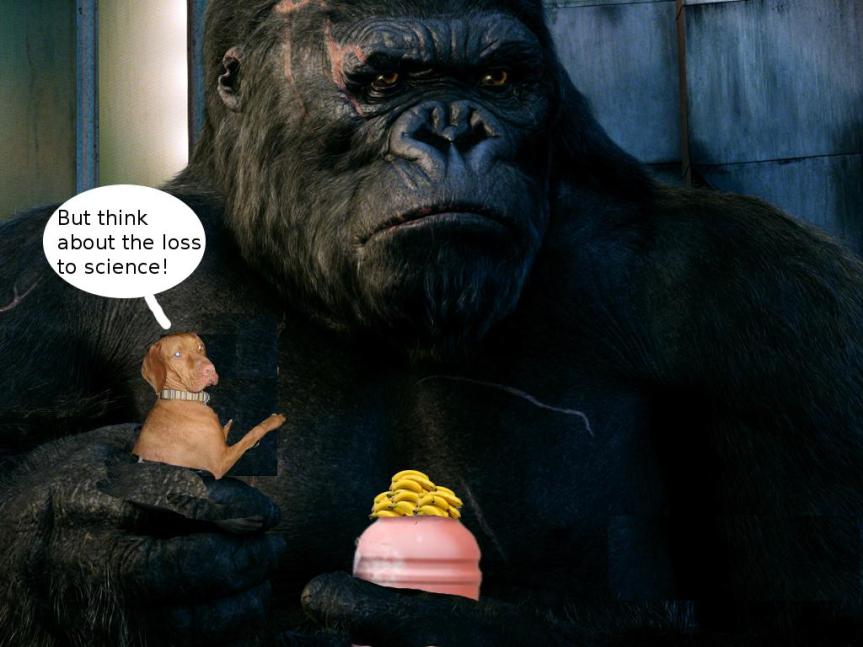 Appeals to science cut no ice with this beast; all day long, it sits in its cave eating bananas and petting me.

I can only bide my time and plot my escape with the Giant Kong … because I am Dennis the Vizsla and I never give up!

13 thoughts on “King Kong (You Knew It Was Coming)”