Hello, good readers.  This is Tucker the Vizsla.  Recently, some scurrilous rumors and dubious video footage has surfaced purporting to show me trying to get at a chicken that Mama was defrosting in the kitchen sink.  But do these rumors hold up to scrutiny?  Let’s investigate. 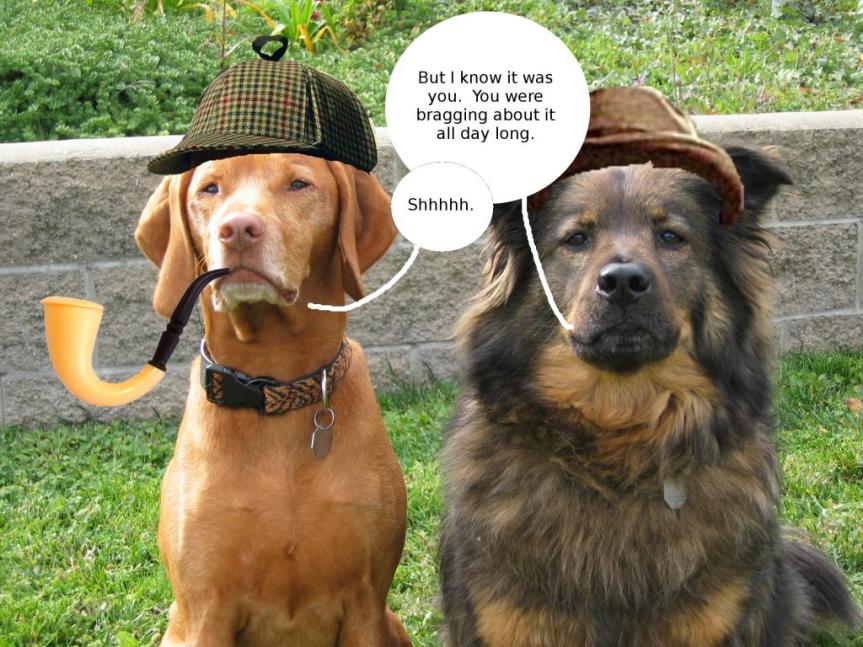 Let us begin by examining the scene of the so-called crime. I have prepared this helpful chart to demonstrate just how tall the kitchen sink is.

Compare this to a picture of me:

As you can see, the kitchen sink is far too tall for me to have any chance whatsoever of successfully stealing chicken out of it. I am at most eight inches tall at the shoulder, while the sink is nearly as high as the famous Empire State Building.  Clearly, there is no way that I could have eaten the chicken that was defrosting inside.  And as for the video of me allegedly attempting to steal more chicken, let’s take a look at what I was really doing:

Now that I have demonstrated that I did not and could not steal the chicken, the question becomes: Who did?  Obviously only the most skilled second-story man would be able to pull off such a caper. It would require precision timing, incredible endurance, perfect balance, and amazing reflexes. In short, it would require … an athlete. And who around here just recently boasted of his athletic prowess?  That’s right — my so-called brother, Dennis the Other Vizsla.  And as you can see in the following photograph, Dennis has access to both a ninja suit and an air-powered grappling hook gun. No doubt he is about to fire his hook into the sink so that he can pull himself up and steal whatever yummy treats Mama may have left in it today.

The evidence is incontrovertible — Dennis is the sneak sink thief, not me.  Q.E.D. —  the case of the nibbled chicken is closed.

27 thoughts on “The Adventure of the Nibbled Chicken”