Posted on November 7, 2009 by Dennis the Vizsla

After discovering that I have inadvertently changed history and transformed flyball from a dog sport into a human sport, I hurried back to the Doghouse of Justice so that I could return to ancient Rome and rectify the situation.  But evidently my commands to the Doghouse of Justice’s computers were misinterpreted yet again, and I have found myself taken to a different arena from the one I had intended to visit …

Instead of ancient Rome, I find myself in the far future, on a distant planet, where I am reunited with some old friends just before a bizarre gladiatorial contest is about to begin. 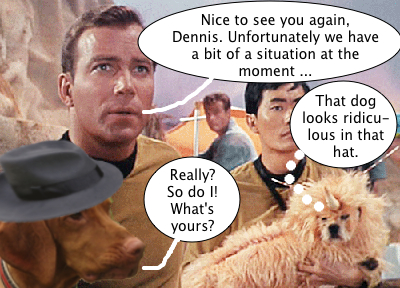 Even my unparalleled diplomatic skills will be useless in this situation — there can be no reconciliation between Kirk and his formidable opponent: 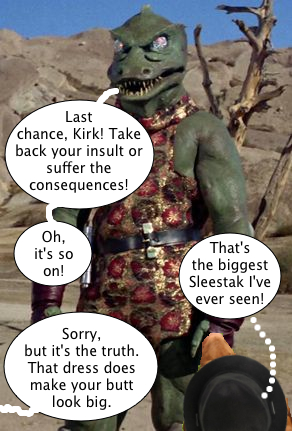 The battle begins. I cannot sit by and watch as Kirk is destroyed by this creature, but will my assistance be enough to allow him to prevail? At first it seems not! 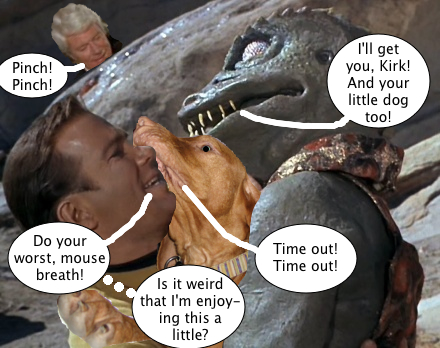 The Gorn, too powerful to be overcome by physical strength, hurls us both to the ground, tangling us in a crude net of its own creation! 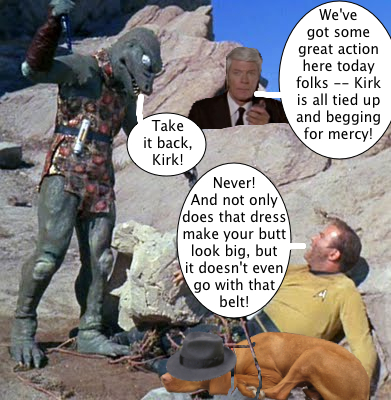 At the last moment, I manage to chew through the ropes and we narrowly escape being crushed by a huge rock held by the creature. We flee into the canyon, where we find some unexpected assistance: 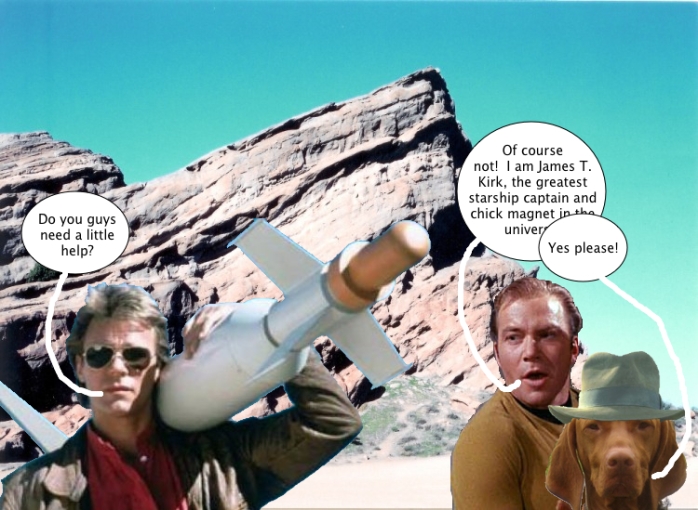 Using only a ball-point pen, some staples, some glue, a chocolate bar, one of Kirk’s cans of body spray, and an abandoned Howitzer, MacGyver and Kirk cobble together a small yet effective piece of artillery that proves to be the turning point in the struggle against the Gorn! 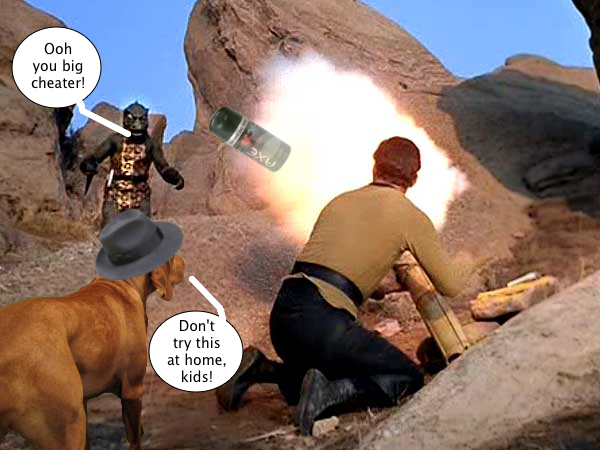 At last, the Gorn lies defeated, and the crisis is averted. Yet Kirk cannot resist a small final dig at his vanquished opponent: 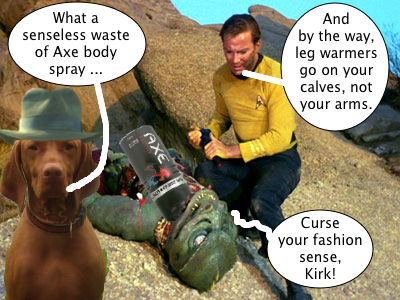 With the danger passed, Kirk and I beam aboard his ship, where Mr. Scott quickly determines why I have been having so much trouble with the Doghouse of Justice lately: 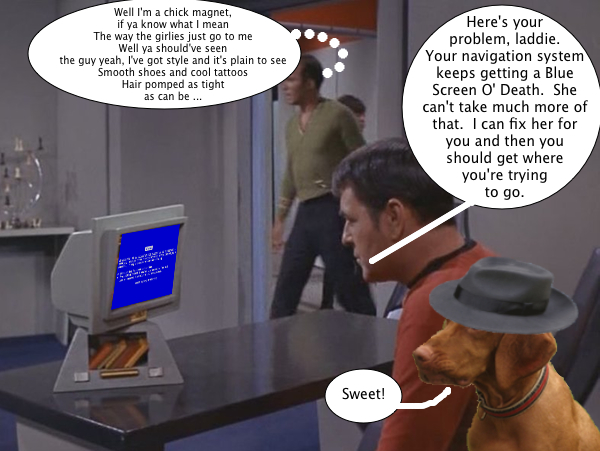 I hope that this repair will enable me to finally control the Doghouse of Justice properly and, perhaps, rectify the changes I have wrought in the time-space continuum. I have the utmost confidence in Mr. Scott, and, of course, I am Dennis the Vizsla, and I never give up. 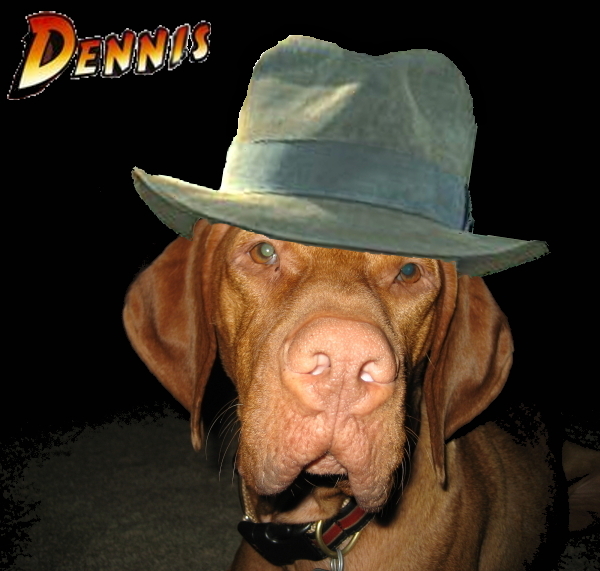 ← Observed Around The Secret Ninja Hedgehog Lair
its the sun day award and meem show!!! soon with noo theem song reely i meen it!!! →