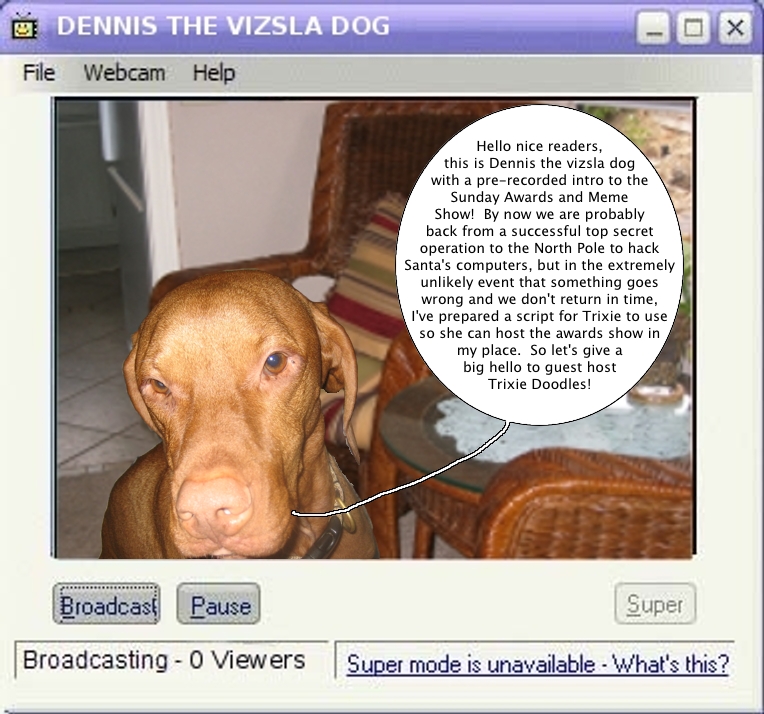 hello gentle readers, this is the beautiful trixie. 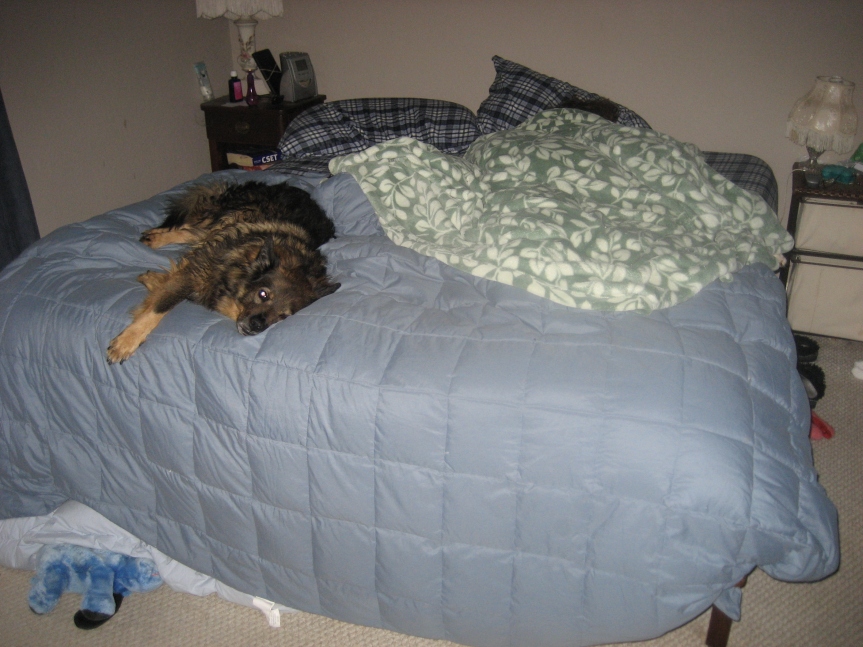 i have a script here from dennis that i am supposed to use for the sunday awards and meme show, but unfortunately i can’t read it because it seems to have been written in crayon and then chewed up into a wad and spit out again, then crumpled up and used as a fetch ball. so i’m going improvise. the first award is from our friend doraz and it dates all the way back to thanksgiving. i do apologize for the big delay in posting it but dennis’s schedule has been a little hectic lately. here it is, the “you’re a blessing” award:

this award is supposed to be passed along to five of our friends. doraz gave it to her old friends, so i am going to switch it around and give it to some of my new(er) friends:

and now, if i’m reading this scrawled mess of notes correctly, it’s time to queue up another pre-recorded message from dennis. 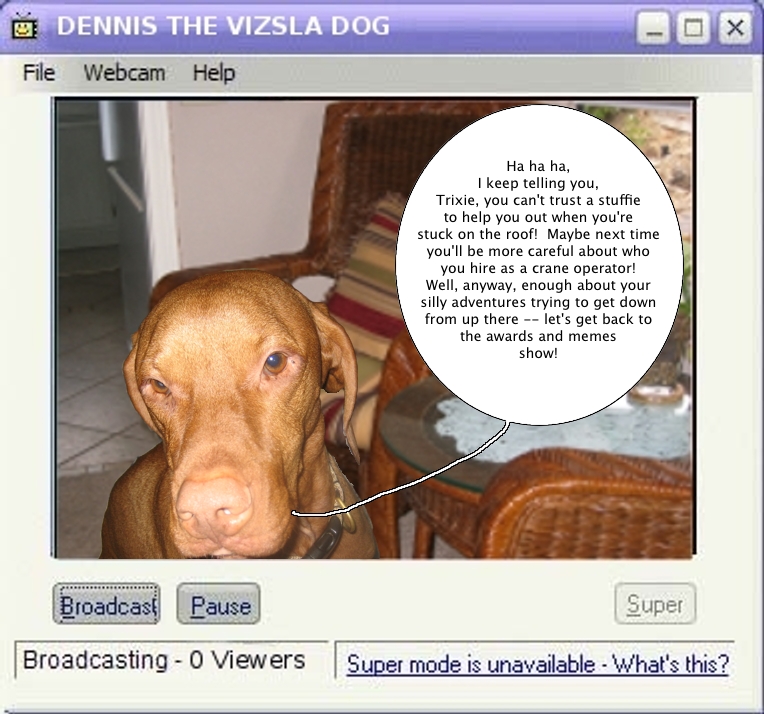 oooookay. i have no idea what dennis is talking about, but that’s nothing new. 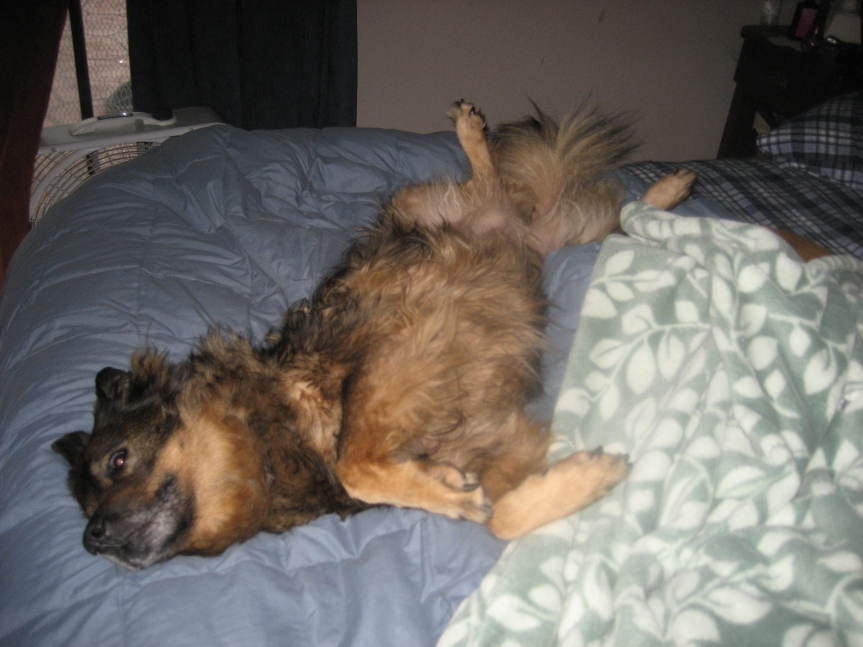 moving on, we have this award bestowed upon trouble by our friend pink daisy‘s kitty brother, milk: 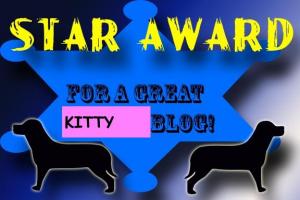 hmm, this looks an awful lot like the dog star award that dennis got last week only with the word “kitty” superimposed over the word “doggie”, but i’m sure that won’t bother trouble the kitty any. i’m not positive who trouble would like to give this award to but i know that she has some kitty friends, for instance: 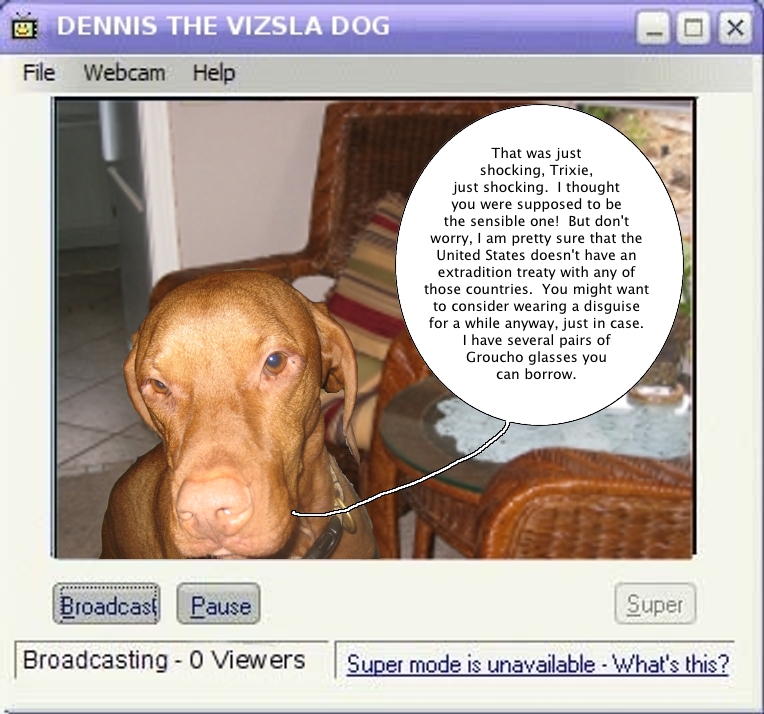 now, last but not least, we have a series of christmas-themed awards and memes designed by our friend the purple hatter and assembled here into a collage. if you haven’t been to visit the purple hatter lately, go check him out, as he is always coming up with new cartoons and pictures.

i think one of those pictures doesn’t apply to dennis, tucker, and trouble.  figuring out which one that might be is an exercise left to the gentle reader.  and that’s it for this week! i guess dennis has one more prerecorded message, so everyone put on your tinfoil hats and prepare to receive a transmission from the demented vizsla planet. 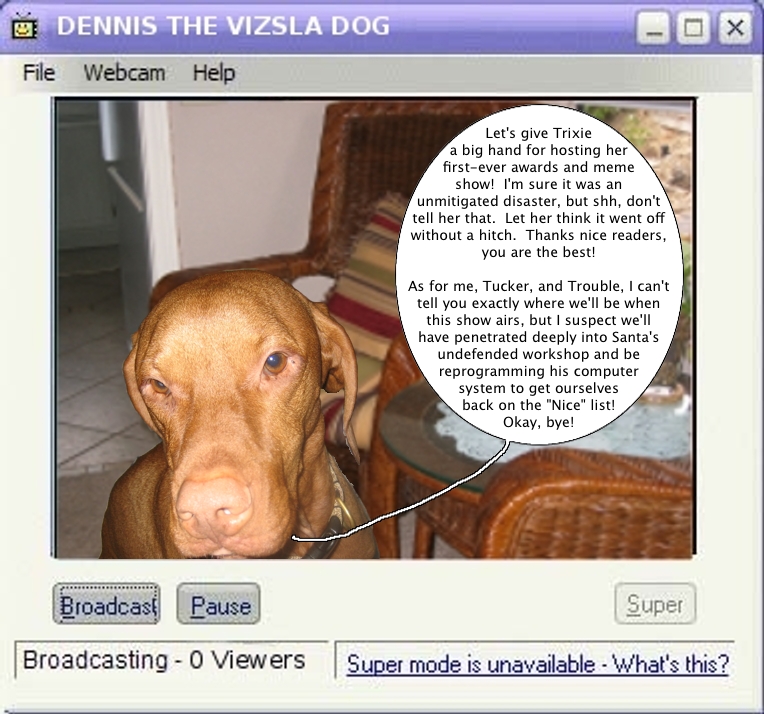 wow dennis that was a stunning recap. no really. and such an accurate prediction! 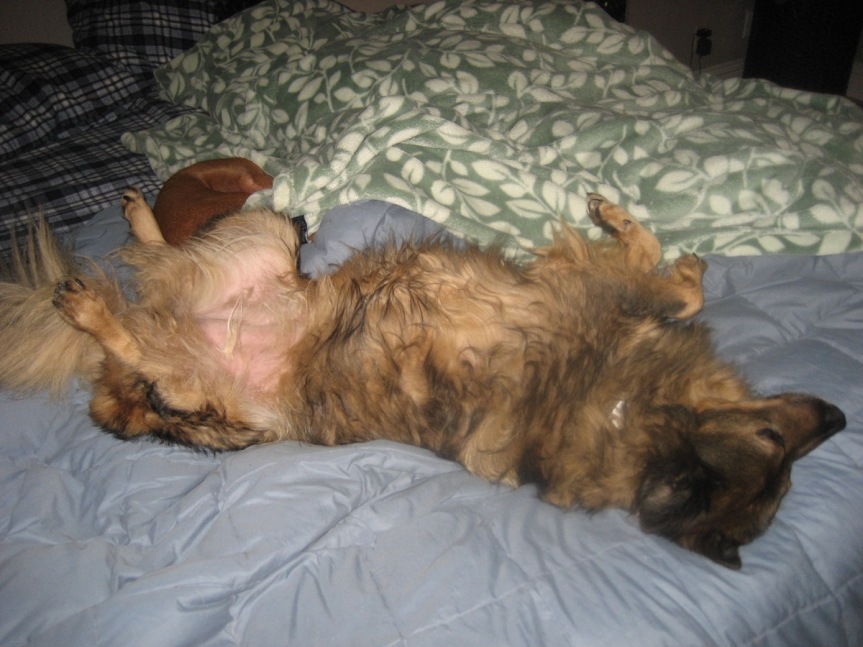 thanks everyone for watching this week’s awards and meme show. tune in next week when dennis may or may not be back from his crazy “secret” mission.

this is trixie doodles, over and out and off to stare at the hillside for a few hours.

30 thoughts on “its the sunday awards and meem show!!! with speshul gest host trixie doodles!!!”