After narrowly escaping from the hangar of the Spud Star, leaving behind our entire crew, John McClane and I found ourselves caught up in the wake of the Rice Pirates as they engaged their warp drive to avoid destruction by a barrage of tater beams. Our own ship’s small engines proved unequal to the task of breaking us free from the warp-tow of the Rice Pirates’ ship; and so now we find ourselves lost, possibly halfway across the galaxy, surrounded by thieves and privateers. It’s almost enough to make me miss department meetings back at the university. Almost.

Any hopes we may have had that the Rice Pirates did not notice our presence are quickly dashed when our ship’s communications system overhears a conversation being broadcast on one of their cell phones: 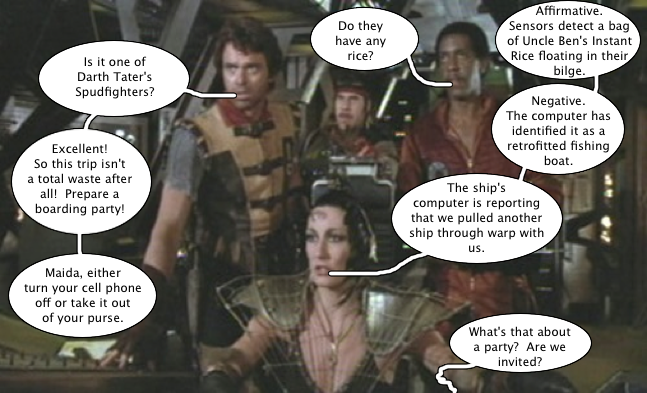 Outnumbered and outgunned, we have no choice to surrender — or at least, I do. John McClane, insisting that he can take down the Rice Pirates, once again vanishes into the air ducts. Meanwhile, I am brought onto the Rice Pirates’ ship, where I am threatened with the outer space equivalent of walking the plank! 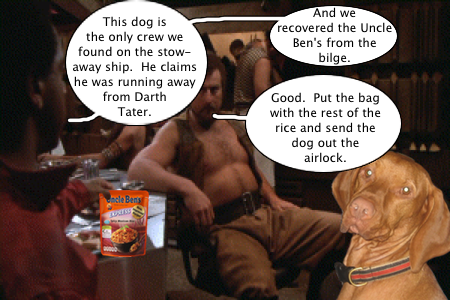 Fortunately, that instruction is overruled, helped along by some well-placed emotional manipulation. 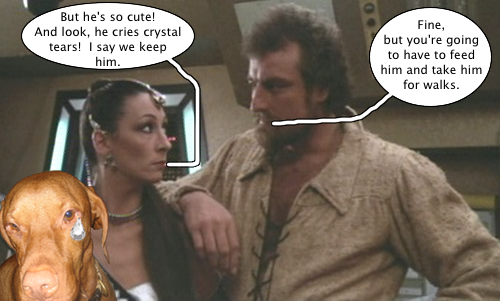 I quickly become a sort of mascot to the Rice Pirates; they even give me a captain’s hat to replace the hat that I lost when the Orca was pulled through the wormhole. 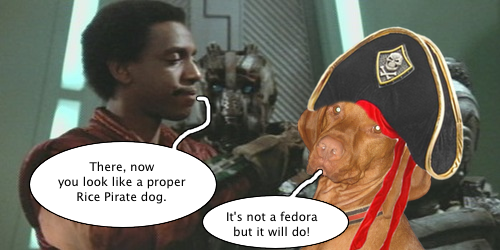 Soon I find myself with an honored seat on the bridge, where I can look out through the display as the stars go by. 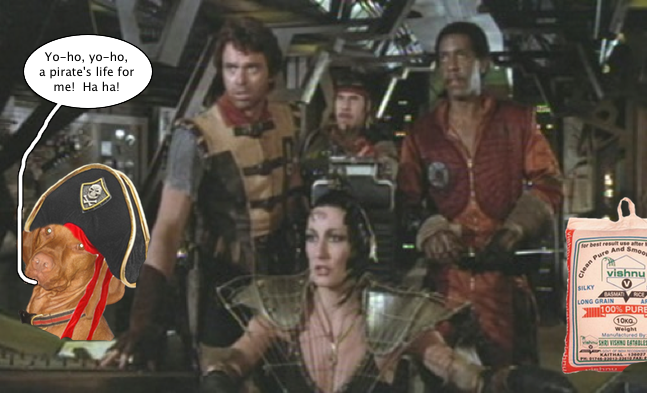 Yes, it seems that the Rice Pirates are not the cowardly, back-stabbing, thieving villains of legend, but are, in fact, just regular people doing their job; except that their job is stealing grain. Unfortunately, as soon as danger threatens, the Rice Pirates show their true colors. 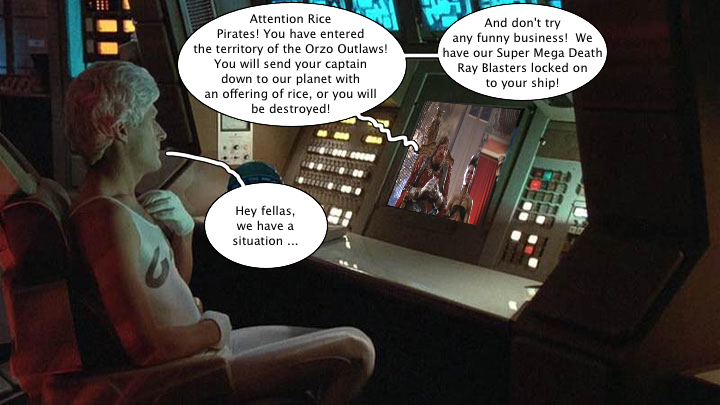 The mood on the bridge quickly changes into one of panicked chaos, not to mention outright betrayal. 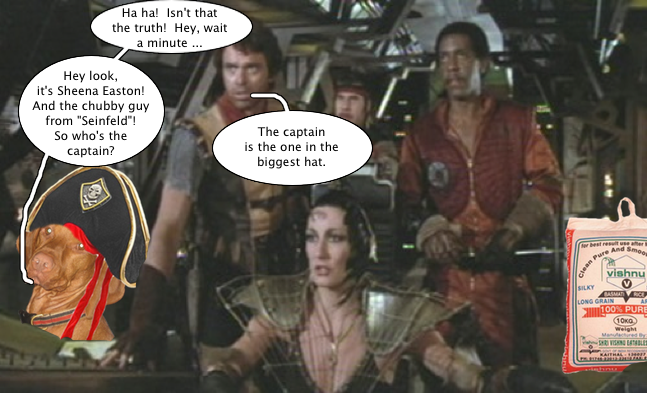 Shortly I find myself being dispatched on a shuttle with a load of rice, down to the wasteland planet of the Orzo Outlaws. 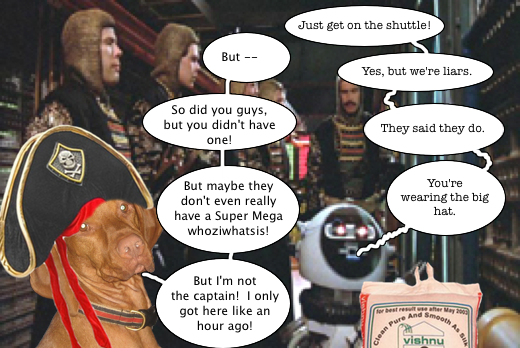 Who knows what fate awaits me on the dusty world below? Only time will tell. I can only hope that, somewhere in the ventilation shafts of the Rice Pirates ship, John McClane can make good on his threat to destroy the pirates, then come down to the planet and rescue me. In the meantime, I will do whatever it takes to survive whatever the Orzo Outlaws have in mind; because I am Dennis the Vizsla, and I never give up. 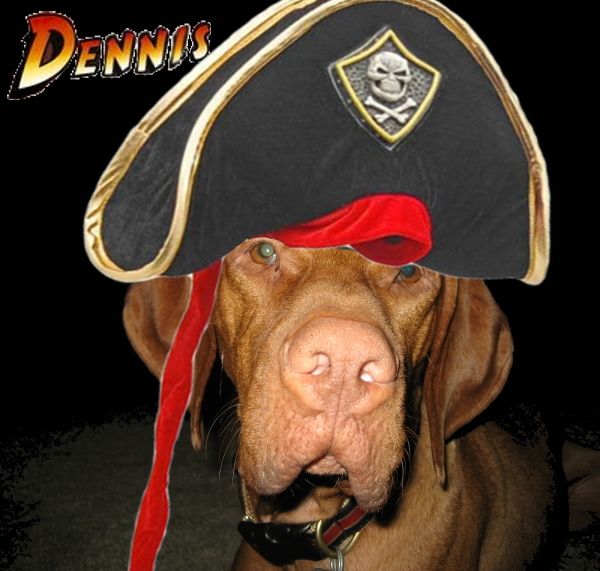 21 thoughts on “The Basmati Blues”