Dennis: “I don’t see why my box of meat has to be in the blast chamber. It’s just meat.”
Ambassador: “Bob said so and Bob is the expert.”
Vermin: “HISSS! Stupid big dog! Why are you complaining? If the crate has a bomb in it and the bomb goes off, we’ll have instant barbecue!”
Dennis: “Oooh, you’re right! Blow it up, Bob!”
Bob the Pyromaniac Builder: “All right, I’m going to open the crate!” 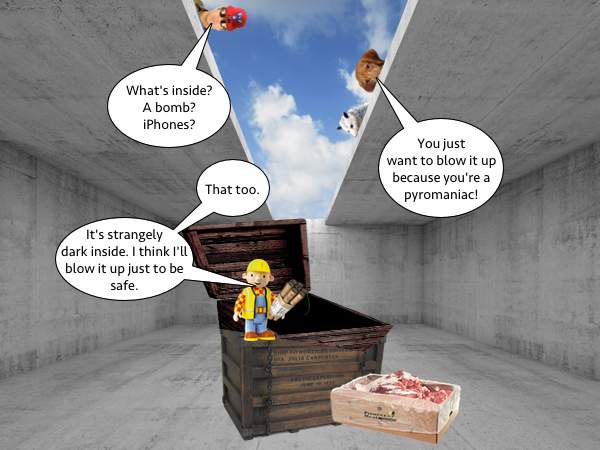 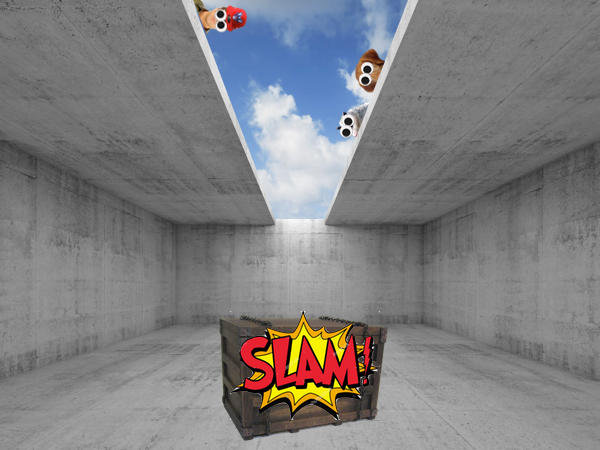 Bugs Bunny: “Well if it ain’t my old friend Dennis the Vizsla! And I see you have a new trainee! Hey is Marvin the Martian in the area? I thought I heard an earth-shattering kaboom a little while ago.”
Vermin: “HISSS! That crazy rabbit again! Is he in every prison on the planet?”
Dennis: “I think so.” 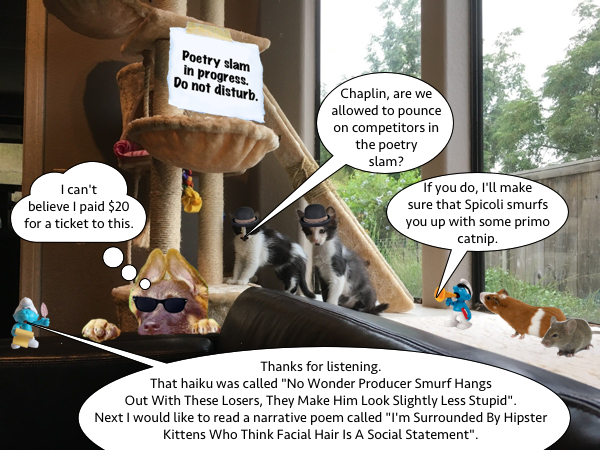 Poet Smurf: “Thanks for listening. That haiku was called ‘No Wonder Producer Smurf Hangs Out With These Losers, They Make Him Look Slightly Less Stupid”. Next I would like to read a narrative poem called “I’m Surrounded By Hipster Kittens Who Think Facial Hair Is A Social Statement”.
Charlee: “Chaplin, are we allowed to pounce on competitors in the poetry slam?”
Producer Smurf: “If you do, I’ll make sure that Spicoli smurfs you up with some primo catnip.”
Spicoli: “I can’t believe I paid $20 for a ticket to this.”