Bigmouth: “You give Bigmouth tacos when we get back to San Diego, right?”
Producer Smurf: “Spicoli promised to smurf you a hundred bags of Doritos.”
Spicoli (from inside house): “Dude! I did not!”

One hundred bags of Doritos later …

Charlee: “Well it was nice to go to Oregon and see the painted ladies, but it’s good to be home.”
Spicoli: “Dude, you had home with you the whole time.”
Chaplin: “What’s all this fluffy stuff in the yard?”
Mouse: “I’ve seen this sort of thing, but not since long before you Hipsters came.”
Mr. Nibbles: “Who’s that over there?” 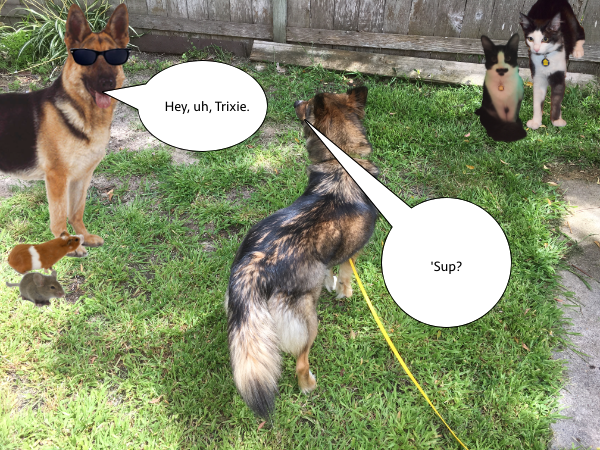 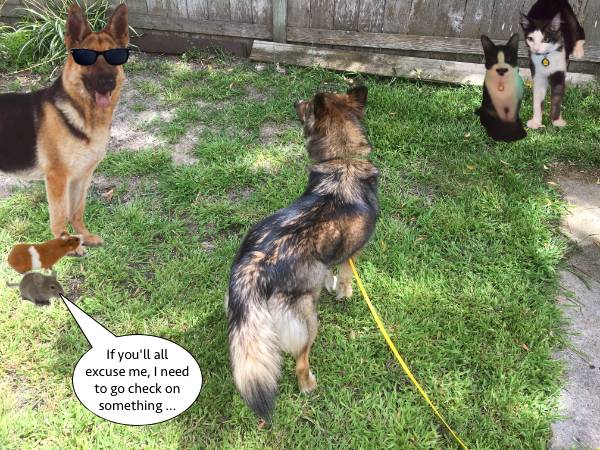 Mouse: “If you’ll all excuse me, I need to go check on something …”

Spicoli: “So, uh, Trixie, when did you –”
Lulu: “I mean, my name is Lulu, but you can call me Trixie if you want to. I don’t mind. Just as long as somebody scratches my belly.”
Charlee: “Who’s Trixie?”
Chaplin: “#NOTMYDOG #OKMAYBEMYDOG” 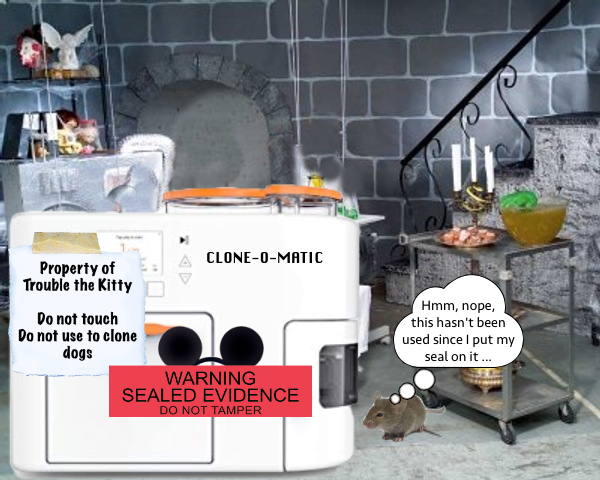 Meet Lulu, an approximately three-year-old German Shepherd mix from the San Diego Humane Society. Lulu has been here for a few weeks and is slowly being introduced to the cats. (Lulu and Charlee are fine. Chaplin has not completely made up his mind yet.)

Although she looks a lot like The Beautiful Trixie, Lulu is much, much goofier than her illustrious predecessor.

Lulu was mostly an outdoor dog in her previous home, but now she’s well on her way to acclimating to indoor life. Her favorite activities are looking for bunnies and squirrels, cuddling with humans, figuring out what “toys” are, and rolling over for belly rubs.

Keep an eye out for more about Lulu and her introductions to the cats in future posts!

24 thoughts on “Home Is Where The Yard Is”