Posted on October 27, 2019 by The Oceanside Animals 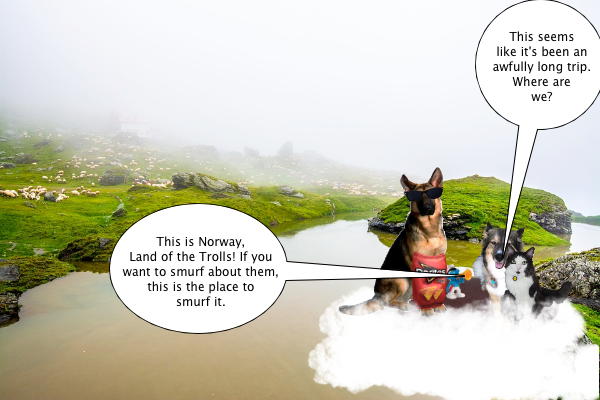 Lulu: “This seems like it’s been an awfully long trip. Where are we?”
Producer Smurf: “This is Norway, Land of the Trolls! If you want to smurf about them, this is the place to smurf it.” 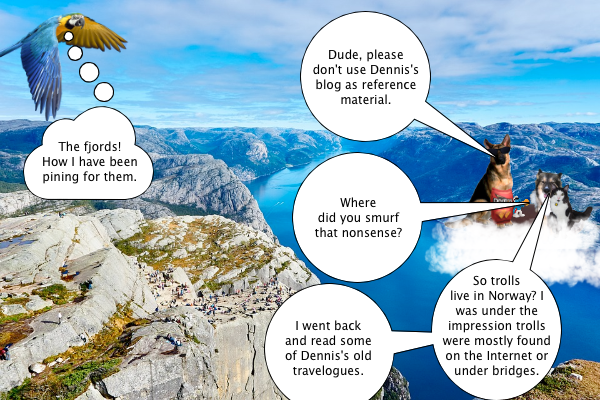 Lulu: “So trolls live in Norway? I was under the impression trolls were mostly found on the Internet or under bridges.”
Producer Smurf: “Where did you smurf that nonsense?”
Lulu: “I went back and read some of Dennis’s old travelogues.”
Spicoli: “Dude, please don’t use Dennis’s blog as reference material.”
Norwegian Blue Parrot: “The fjords! How I have been pining for them.” 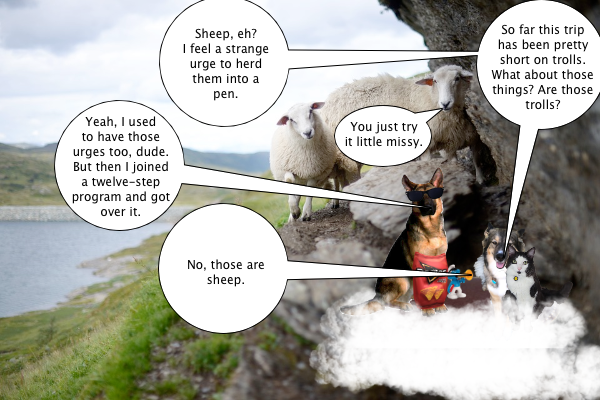 Lulu: “So far this trip has been pretty short on trolls. What about those things? Are those trolls?”
Producer Smurf: “No, those are sheep.”
Lulu: “Sheep, eh? I feel a strange urge to herd them into a pen.”
Sheep: “You just try it little missy.”
Spicoli: “Yeah, I used to have those urges too, dude. But then I joined a twelve-step program and got over it.” 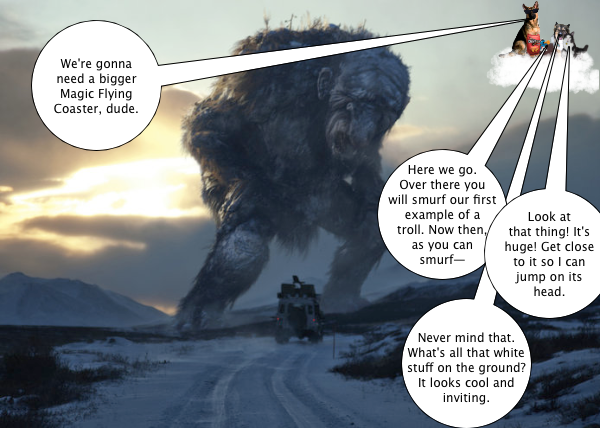 Chaplin: “Look at that thing! It’s huge! Get close to it so I can jump on its head.”
Spicoli: “We’re gonna need a bigger Magic Flying Coaster, dude.”
Producer Smurf: “Here we go! Over there you will smurf our first example of a troll. Now then, as you can smurf—”
Lulu: “Never mind that. What’s all that white stuff on the ground? It looks cool and inviting.”