In mid April we fostered two feral kittens, Uhura & Sulu, through the San Diego Humane Society under a foster-to-adopt arrangement. This video, which was taken by the Humane Society, is one of the first times we saw them, when they were about six weeks old.

The idea behind foster-to-adopt was to make sure that Dennis wouldn’t get too stressed out by mewing little fuzzballs. For a week or so before they arrived, we played a recording of their meowing before each of his meals. Then, when they did arrive, they remained in the “Kitten Room” for a week or so without meeting him; then they had about a week of meeting and greeting where Dennis would look at them without interacting with them; then there was a week or so of his seeing them out in the living room while they were in a covered exercise pen. You can read all about it and see some of their early interactions here.

Charlee was spayed and adopted a few weeks after her arrival, while Chaplin had to wait a bit longer because he was cryptorchid. After a couple of weeks, when his shy testicle continued to fail to put in an appearance, the shelter decided to proceed with the neuter operation, and Chaplin became “official” on June 3rd, 2017. This was the first night they were ever separated and neither one of them was happy about it.

And so Uhura and Sulu became Charlee and Chaplin, the Hipster Kitties! 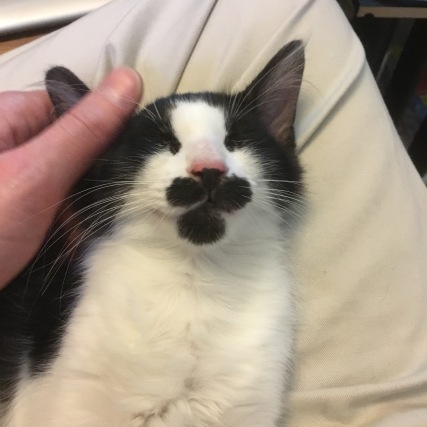 You are beneath me. This seems appropriate. 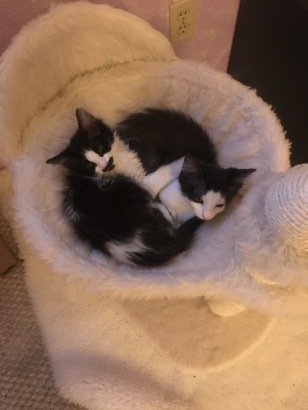 We’re here to make you an offer you can’t refuse.

Rub-a-dub-dock, two cats in a hammock.

Are you okay down there? 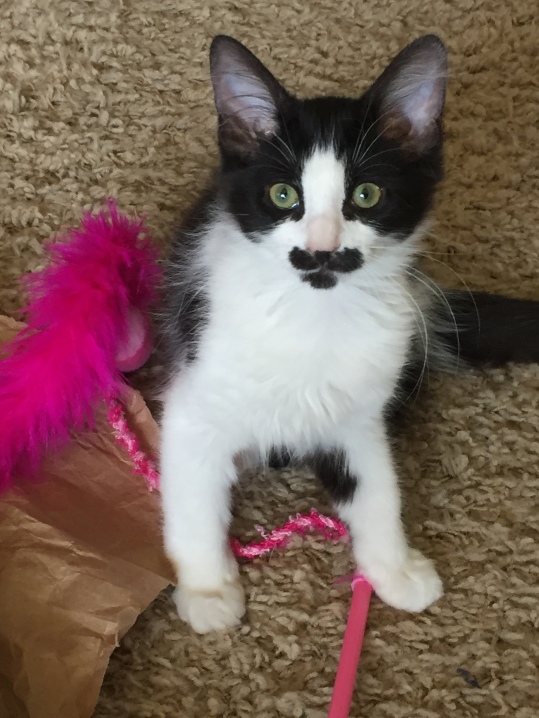 I wasn’t doing anything, I swear.

We own the wicker. 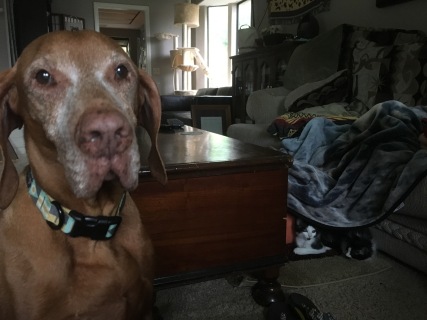